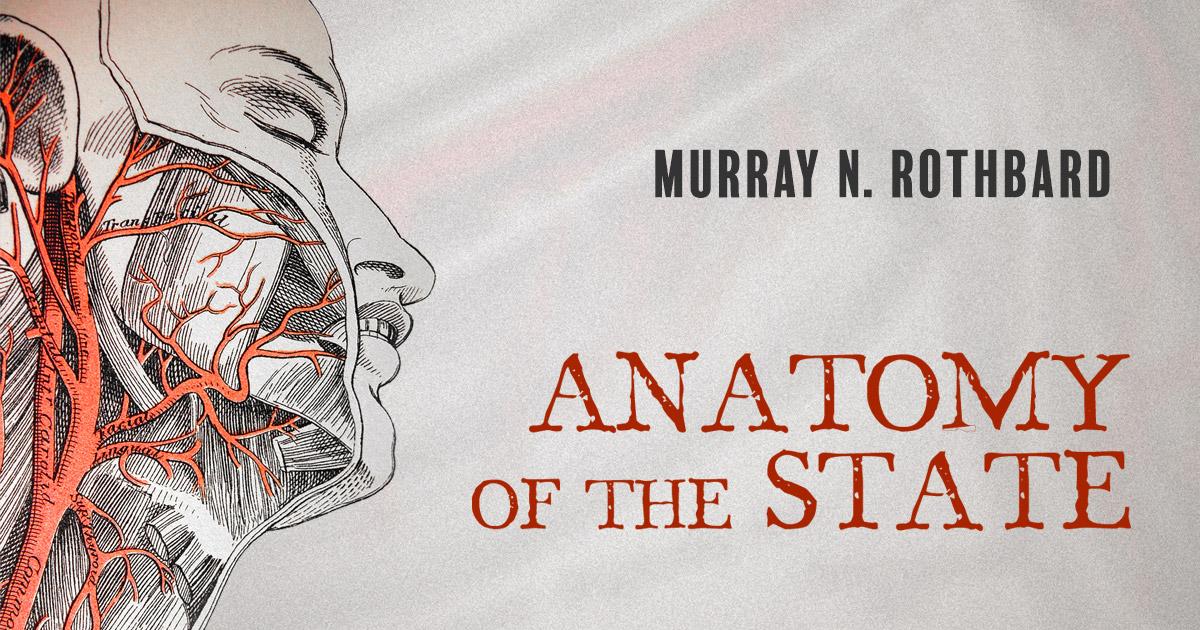 Jack Dorsey, Vipassanā meditation practitioner and billionaire CEO of Twitter, is known for cultivating an eclectic image as a guru and deep thinker. He is also well-known as a supporter of bitcoin, having a personal stake and speaking at conferences to dedicated hodlers. But over this past weekend he used his sizable Twitter account (5.6 million followers!) to go a step beyond simply questioning the currency regime and post a decidedly provocative link to mises.org:

By provocative we mean Dorsey linked not to some article on bitcoin or money, but to Murray N. Rothbard’s seminal 1974 essay “Anatomy of the State.” This short missive may well represent Rothbard’s most bracing and concise attack on government as an institution, and that’s saying something. This is Rothbard at his full-throated best, challenging the state per se as a predatory and malign force in society rather than a needed protector of rights or provider of order. As I wrote earlier this year:

[“Anatomy of the State”] demands that readers understand the stark nature of government, without fairy tales or niceties. It applies the same lens to public and private criminality. It challenges every myth surrounding politics and statecraft, ranging from “the government is us” to judicial review. It explains how the state maintains legitimacy, how it expands, how it deals with other states, and ultimately how it works to prevent domestic threats to its power. And it still serves as the baseline analysis for understanding state power, nearly 50 years after Rothbard helped create a burgeoning anarcho-capitalist movement.

As always, Dorsey was cagey and a bit opaque in his Twitter habits. He offered no explanation or follow-up. But we can only assume he intended to plant a seed, and our analytics tell us many tens of thousands of new visitors to mises.org clicked through both to Rothbard’s essay and related links.

But Dorsey wasn’t done, tweeting another cryptic message over the weekend about the fiftieth anniversary of Richard Nixon’s gold shock:

The hashtag #wtfhappenedin1971, and its accompanying Twitter account, has been active throughout 2021 in explaining the end of gold redemption in America. Like it or not, social media is now where anyone can climb on their soapbox and attempt to advance a narrative. Subversive sites like wtfhappenedin1971.com use twitter to do just that, helping millions understand the tremendous harm caused by government issuance of money backed by nothing. They skillfully use shocking graphics to make the case against inflationism and monetary hedonism. And they help organizations like the Mises Institute in our broader mission to show how money has become entirely corrupted by politics and special interests at the expense of ordinary Americans. Thanks to #wtfhappenedin1971 and Mr. Dorsey’s missive, the term “Rothbard” trended on Twitter all weekend—after we seized the opportunity to promote what we consider the best and most accessible book on money ever written: Rothbard’s What Has Government Done to Our Money?

Nixon’s actions half a century ago represented nothing short of a default on the promise of America as a going concern. His gross malfeasance, capably explained by Professor Jonathan Newman, truly was the beginning of the end for any conception of the US dollar as anything other than a political instrument of power and inflationary empire. The gold shock marked the last-gasp end of America as a nation with any semblance of a lawful federal government. It was a turning point in US history far beyond what the textbooks and economists tell us. And that turning point deserves far wider public recognition, even if fifty years later on social media. Using Twitter to bring politicians and central bankers to account strikes us as exactly the kind of narrative guerilla warfare that social media was meant for.

But we must bring economics to account as well. Only Austrian economists present a coherent critique of pure fiat currency, which means only Austrians have anything compelling to say about Nixon’s final closure of gold redemption. The Mengerian and Misesian explanation of how money arises and obtains value as a highly saleable commodity requires no central fiscal or monetary authority. It requires no state. When Nixon shrugged, US dollars became fully a product of the state rather than the market. As such, fiat dollars require both a “policy” for their issuance and policymakers. Today’s Keynesians, monetarists, MMTers, supply-siders, NGDP targeters, Taylor rule advocates, and other assorted economists simply argue about how monetary policy should be conducted, not whether it should. And we all know how it will be conducted: politically, ad hoc, and rooted in short-term thinking.

Anyone who reads Rothbard’s “Anatomy of the State” or What Has Government Done to Our Money? will be equipped to understand why we don’t need the state to give us money or anything else. Thank you, Jack Dorsey, for helping bring Rothbard to millions of your followers.