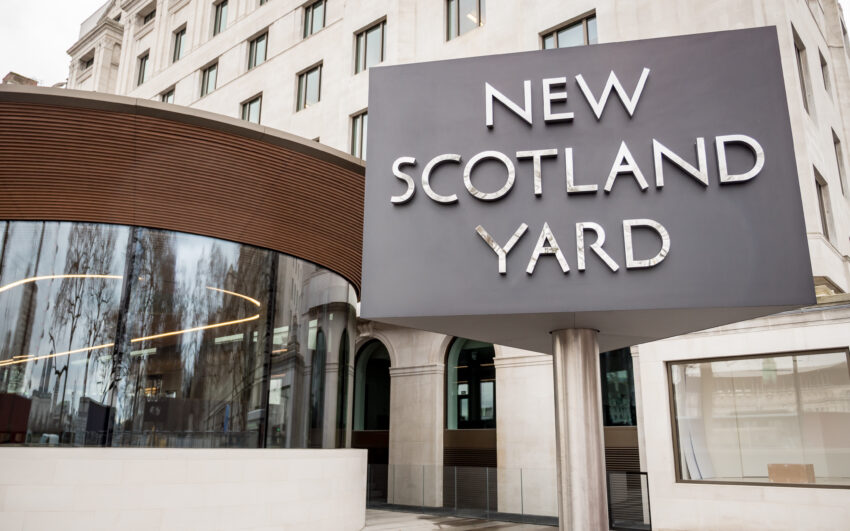 The Metropolitan Police was refusing last night to open an investigation into the Downing Street party as experts said that possible legal breaches could be complicated by the fact it took place at Boris Johnson’s home residence.

The Met said its stance had not changed despite the prime minister’s admission in parliament yesterday that he had attended the garden drinks on May 20, 2020.

The force appears to be determined to wait for the conclusion of a Cabinet Office inquiry before deciding whether a criminal investigation would be in the public interest.

Legal experts said that Johnson could swerve criminal culpability, however, because the party was held at his home address.

Adam Wagner, a barrister at Doughty Street Chambers in London, who specialises in pandemic legislation, said that at the time the only relevant law on gatherings was a ban on leaving home without a reasonable excuse.

Others who attended may have breached coronavirus rules but the matter is further complicated because it was their workplace rather than a public area, to which the law specifically related. There was guidance at the time that stipulated gatherings must be restricted to two people, except for a limited number of specific reasons. However, the guidance was never legally enforceable.

If it ultimately carries out an investigation, the Met will have to determine the nature of the gathering, which will require a close examination of Johnson’s claim that it was work-related.

It is understood that detectives are already in contact with the Cabinet Office, although it is unclear if evidence has been sent to Scotland Yard.

Amid the confusion, the Met has come under criticism from former senior officers who say its refusal to act is damaging public confidence.

Last night Ed Davey, the leader of the Liberal Democrats, called on the Met to investigate and said that the prime minister should be interviewed under caution. He said that the party was “almost certainly an illegal gathering” because it was not a work meeting, given those invited were asked to “bring your own booze”.

Davey said the Met should reassure the public “that there isn’t one rule for them and another for Boris Johnson” by announcing a full inquiry.

Wagner said that Johnson’s statement was carefully worded and “obviously lawyered”. He said he had “probably done enough” to avoid prosecution by saying he believed implicitly it was a work event and technically could be said to fall within the guidance.

Nonetheless, Wagner acknowledged that it was “a weak defence” and the garden event still appeared to have been a party. The fact that alcohol was involved meant that it was more than likely that the social distancing requirements would not have been followed, he said.

He said that Johnson’s admission in parliament could not be used against him thanks to a more than 300-year-old law. The Bill of Rights 1689 provides parliamentary privilege to comments made in chambers to guarantee freedom of speech for MPs and peers.

The Met has ruled out inquiries into alleged Covid breaches at No 10, saying that material in the public domain does not meet the evidential threshold and that the force does not retrospectively investigate coronavirus breaches.

Scotland Yard says that it has applied its enforcement approach throughout the pandemic to the general public and well known figures alike. It insists it has generally only intervened in cases in which people repeatedly broke the rules, such as the organisers of illegal raves.

The Problem with Guilds: They're Monopolistic and Wasteful

The Problem with Guilds: They're Monopolistic and Wasteful