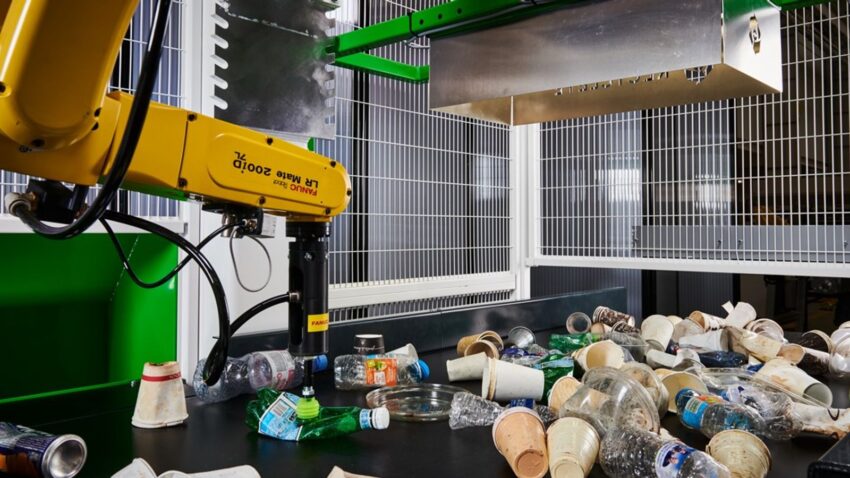 A London-based company which uses artificial intelligence to transform waste into reuseable resources is raising millions of pounds from investors amid frenzied interest in the sector.

Recycleye, which counts prominent venture capital funds such as Playfair Capital and MMC Ventures among its backers is set to announce a £3.5m funding round to accelerate the development of its machine learning and robotics technology.

The round is being led by Promus Ventures through its Orbital Ventures space fund, and comes amid intensifying focus on cleantech and greentech businesses ahead of November’s COP26 climate summit in Glasgow.

Recycleye says that in partnership with Imperial College London, it has developed an AI-based database of waste items – the world’s largest – that can detect and classify all waste items by category and even brand.

Its robotics technology also enables the automation of dangerous manual labour, according to the company.

Clients include Biffa, the London-listed waste and recycling group.

In Britain, more waste is burned rather than recycled, with 11.6 million tonnes incinerated in 2019 compared to 10.9 million tonnes sent for recycling.

“We have already demonstrated the impact of applying the latest robotics and AI technology to the waste management sector, and this funding will enable us to continue to improve our existing products,” Peter Hedley, Recycleye’s co-founder and chief technology officer, said.

“Waste doesn’t exist, only materials in the wrong place, and intelligent technology can realise this.”

Recycleye’s seed round takes its total funding raised to £4.7m since it was founded in 2019 by Mr Hedley and Victor Dewulf, its chief executive.