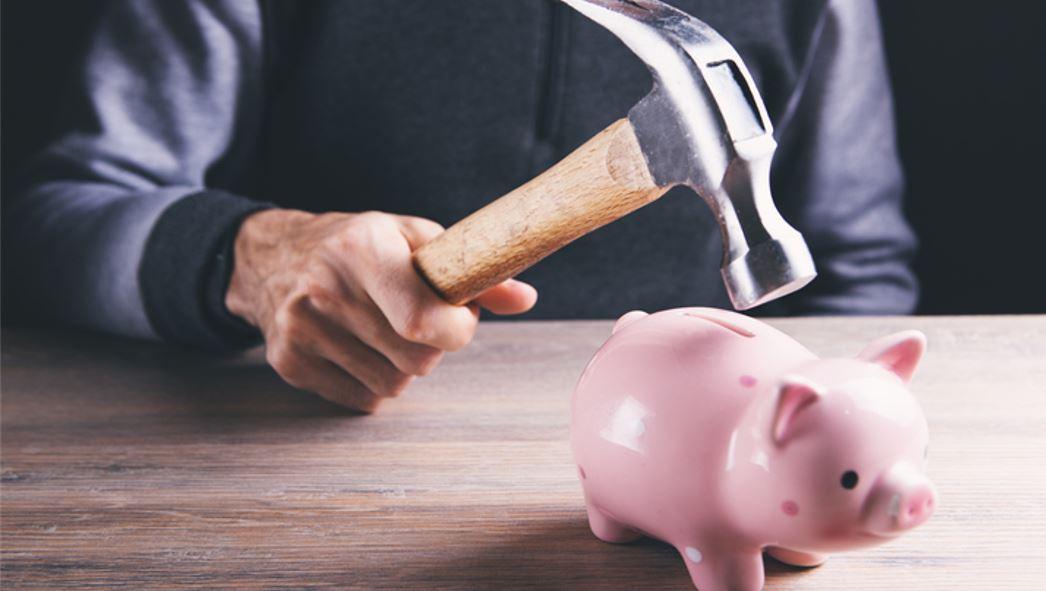 The front-page headline in the Wall Street Journal on October 14 says it all, “Inflation Is Back at Highest in over a Decade.” The Labor Department reported that the Consumer Price Index (CPI) increased 5.4 percent from a year ago. This should not have been a surprise to Federal Reserve chairman Jerome Powell and his fellow board members nor to its hundreds of PhD economists who drill into the economic data to forecast the economy.

In 2020, when the US economy imploded under the lockdown orders of the federal government and state governors, the Federal Reserve’s balance sheet exploded from $4.17 trillion in February 2020 to $8.48 trillion in October 2021. In other words, the Federal Reserve bought more than $4 trillion in mortgage-backed securities and US Treasury debt in less than two years. This increase in the Fed’s balance sheet in eighteen months is more than was purchased in the first hundred-plus years of its existence. This unprecedented “money printing” has had enormous consequences for the economy and the American people, not the least of which is accelerating price inflation.

As the new money created by the Fed diffuses throughout the economy prices rise in an uneven fashion. Economic sectors and geographic regions are affected differently depending on how the recipients of the newly received dollars spend them, an observation I identified forty years ago in my doctoral dissertation on the spread of inflation through the economy.

The broad measure of the money supply, M2, consists of cash, checking accounts, savings accounts, small denomination time deposits, and money market funds. M2 increased from $15.4 trillion in February 2020 to nearly $21 trillion dollars in September 2021—nearly a 33 percent increase in liquid assets that the American people have at their disposal to buy goods and services in the marketplace.

Any PhD economist should have been able to conclude that opening up the monetary spigot full blast to “stimulate” because of the lockdowns would raise prices down the road. We are now down that road. Price inflation will probably continue for at least two more years. Once price inflation accelerates as it did in the mid- to late 1960s and then again in the early and late 1970s and early 1980s, it takes “tight money” by the Fed to slay the price inflation dragon.

Forty years ago was the peak of the double-digit inflation that began in the mid-1970s, when the Federal Reserve inflated the money supply to boost the economy after the 1973–75 deep recession. In addition to the recession, double-digit inflation rocked the US economy. In 1979, to get inflation under control President Jimmy Carter appointed Paul Volcker Fed chairman, who continued his tight money policy after Ronald Reagan was elected in November 1980. The fed funds rate (the rate at which banks borrow from each other overnight, controlled by the Fed) climbed to 22 percent in December 1980. Three-month Treasury bill rates topped out at 16.30 percent in May 1981, while the inflation rate was about 10.00 percent. In short, savers were getting a substantial real rate of return on their T-bills and their money market accounts.

Since the early 1980s the fed funds rate has been dropping, not in a straight line, but more like a staircase. Currently, the fed funds rate is a tad above 0 percent while the inflation rate has clearly accelerated in the past year to more than 5 percent. The interest rate on bank money market accounts is 0.02 percent at my bank. Inasmuch as I have a substantial amount of cash reserves—funds for the proverbial rainy day—I and tens of millions of Americans are losing hundreds of billions of dollars in interest due to the Federal Reserve’s super easy money policies.

To rectify this highway robbery I propose the Congress pass and President Biden sign the Savers’ Protection Act. The act would state that if the interest rate on savings accounts, money market funds, and other short-term instruments are less than the rate of inflation, savers will deduct the lost savings on their tax return. For example, if someone has $100,000 in a money market fund the account should pay at least the rate of inflation for the year. Today that would be about $5,000. I propose a tax credit of at least 50 percent of the lost interest, $2,500 or more.

If the federal government does not protect the American people from the Fed’s reckless monetary policies, which have caused prices to accelerate and have blown up another financial bubble, then the public “could go on strike” and withdraw their money until banks pay us a market rate of interest. As every undergraduate business student learns in a corporate finance course, the nominal rate of interest on a risk-free asset, such as a bank account, equals the real rate plus the inflation premium. The American people should earn 7 percent on their savings accounts. I would be content at this time to earn the inflation rate on my money market account.