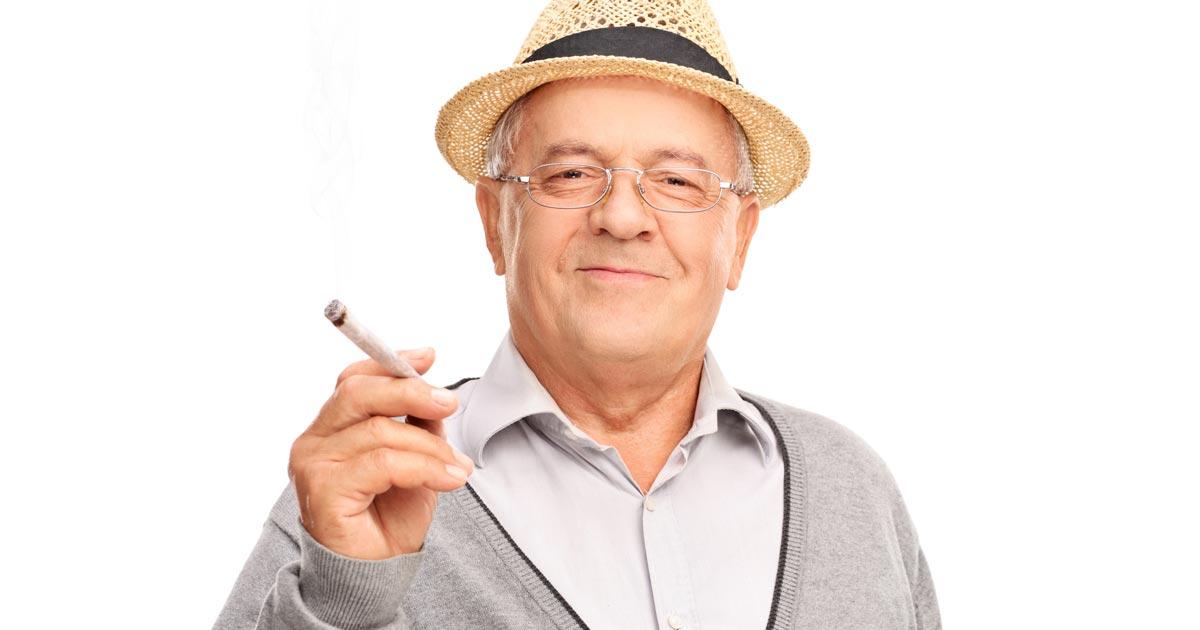 Aron Ravine, a self-described “nudnik,” who writes for National Review thinks so and I suspect others do as well. This thinking, however, is that of an ever-shrinking minority and it is hard to imagine the pro-legalization trend being reversed. Nevertheless, let’s look at the arguments and why he claims libertarians are so wrong on this issue.

Before we press on, it is important to remember that cannabis legalization is basically citizens of individual states standing up to federal authority and flipping it the bird.

Ravine claims, “I do not, and do not plan to, partake in the devil’s lettuce.” Well, libertarians have never suggested, apart from medical reasons, that people consume cannabis any more than they suggest people consume alcohol, potatoes, pornography or Nike products. Libertarians, above all others, support the right to consume—and not to consume—so that is not a real issue.

The first issue Ravine raises is the increasing consumption of cannabis over the last twenty years, the period when cannabis has become increasingly legal and accepted. For any number of reasons, everyone should have expected this: more legalization, less punishment, lower prices, greater availability, new uses, new forms, substitution for other legal and illegal drugs, means more consumption. So, I’m not sure what Beltway libertarians he hangs out with, but they fail the basic-common-sense test.

But does this increased consumption lead to greater health concerns? Ravine thinks consumers should be concerned with lung cancer and disease, but of course that is related to smoking, which presumably everyone knows about and cannabis smokers typically consume tiny amounts compared to cigarette smokers. While the science is limited, “Smoking cannabis has not been proved to be a risk factor in the development of lung cancer.”

Ravine also notes the correlation between cannabis and psychosis, but does cannabis cause psychosis or does psychosis lead to cannabis consumption? With respect to this first general concern, nobody thinks this is a national emergency requiring people to be put in jail, or even that sin taxes or fines would be appropriate.

Ravine points to the broken promises of legalization. It did not wipe out the black market like the repeal of alcohol prohibition (i.e., the Twenty-First Amendment), it did not prevent children’s access, it did not decrease consumption, and it even did not prevent cannabis growers in California from stealing water. No surprises here.

The most important consideration is that our cannabis legalization has been a step-by-step, many-decades-long process, not an overnight success, like Repeal. High taxes and regulations have kept the black market in business, as expected. Nothing prevents children’s access to anything, but consumption among twelve- to seventeen-year-olds is down, not up, running counter to the general trend of increased consumption.

As mentioned above, consumption in general was always expected to increase, not decrease. In addition to the straightforward economic reasons for this, there has also been a substitution away from pain medications and other pharmaceuticals toward cannabis. Some of that has occurred under medical supervision, but mostly it is just people realizing that drugs like OxyContin, heroin, various psychoactive drug, and other drugs can harm or kill you while cannabis poses fewer such risks.

The last argument he presented is key to the whole war on drugs debate. Ravine notes that cannabis potency, i.e., the percentage of THC (tetrahydrocannabinol), the active psychoactive ingredient, has risen dramatically. Cannabis is widely available, and cheap. He thinks the legal product is both cheaper and more expensive because of taxes and regulations.

THC levels in pot today are anywhere from five to 50 times as high as they were in the ’70s. Young people increasingly just want to get high on the cheap, and illegal weed in a legal market is as cheap as it gets. The combination of greater potency than ever before and greater access than ever before is an obviously dangerous one.

The argument is that cannabis is now too potent to be legal. However, high drug potency is actually the number one scientific reason against the war on drugs, not a vault of legalization.

First, cannabis potency has been rising for a long time, at least since President Nixon declared his “war on drugs” in 1972. By the time citizens stated declaring cannabis legal in their own states, cannabis had already increased in potency some twenty times since Nixon’s declaration. Most importantly, it was the war he started that caused higher potency.

This is based on the simple economic concept that if you add a fixed cost, such as transport cost, to two grades of a product, the higher-quality or higher-priced grade will more likely be exported and the lower grades will stay at home or be processed into different products. Top grade Idaho russet potatoes tend to get exported and the lower grades stay closer to home and get turned into instant mashed potatoes.

The same is true with drug potency. Growers and smugglers would rather deal with a product of higher potency, given similar local prices, because it means more “doses” can be more easily transported and concealed without detection by law enforcement. My “discovery” was dubbed the iron law of prohibition by Richard Cowen, then President of NORML, the National Organization for the Reform of Marijuana Laws, published in none other than National Review!

However, I’ve been told that the trend toward higher-potency cannabis continues inside the legal dispensaries. Has the law been violated?

Not really. Cannabis consumers have grown up in a black market where the litmus test has been potency, especially if one brand costs the same as another. In addition to this factor, here are a few things to keep in mind:

Even if all of this were taken into account, it would still ignore the legalization of hemp and CBD products, which contain at most only trace amounts of THC. If the market for such products were roughly equal to the legal market for cannabis, it would mean that consumers as a group have effectively cut the potency of their products in half.

The arguments presented by Ravine seem to have some surface legitimacy, but they are based on distortions, untruths, or the illogical pronouncements of Beltway libertarians. Most importantly, the federal government, along with pharmaceutical, alcohol, and tobacco companies have spent money politically trying to put the legalization genie back in the prohibition bottle, so any argument or propaganda will suit their purposes.