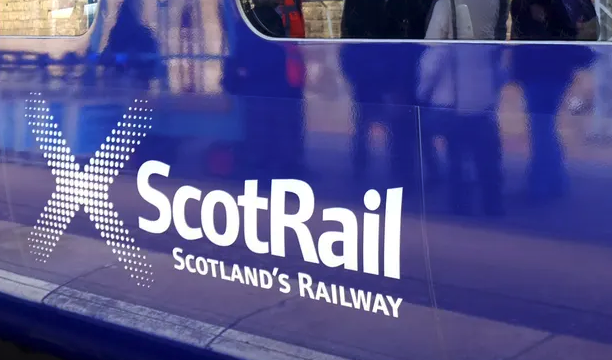 Rail strikes planned for next week’s Cop26 climate conference have been abandoned after trade union leaders confirmed negotiations on a pay rise have been settled.

The announcement was made after talks between the RMT union and transport bosses on Wednesday.

Transport during the 13-day UN climate summit, which is drawing world leaders and thousands of delegates to Glasgow from 31 October, was expected to be heavily disrupted by train strikes amid a dispute on pay and conditions.

The Scottish government and ScotRail had imposed a deadline of 5pm on Wednesday for a resolution.

The union confirmed the planned industrial action will be “withdrawn immediately” as members welcomed a negotiated pay rise.

In a letter released to union members following the agreement, RMT general secretary Michael Lynch said: “By accepting the offer, ScotRail stated that it would mean all current disputes between your union and the company would be resolved and that all current and planned industrial action would be withdrawn immediately.”

A three-hour booking on allowance applied to each rest day worked, applicable for 12 months from the date of the agreement, is also included.

Lynch said the union’s offer was accepted “unanimously” by delegates.

His letter added: “It was noted that it was only through the tremendous determination of you and your colleagues throughout this dispute, through the efforts of your representatives, activists and negotiators, that this result was achieved.

“The AGM congratulates you and I congratulate you on achieving this magnificent industrial victory and gaining a one-year pay deal and rest day working agreement without any preconditions and which banishes the previously stated productivity strings attached.

“By accepting the offer all industrial action is now cancelled and I instruct you all to work normally on the days you had previously been instructed to take action on.”

In response to the announcement, ScotRail’s chief operating officer Ian McConnell said: “We have reached a pay agreement with the RMT trade union that resolves strike action.

“We look forward to Scotland’s Railway playing its part in delivering a successful Cop26 next week.”

The Scottish Greens transport spokesperson, Mark Ruskell MSP, said he was “delighted” an agreement was reached, adding: “Rail workers are to be commended for their commitment which has ultimately resulted in this improved pay deal.”

Opposition parties took aim at the SNP for the delay in accepting the union’s call for a pay rise but welcomed the announcement.

Scottish Labour’s transport spokesperson, Neil Bibby, said: “This 11th hour deal may help the SNP save face but it won’t fix the mess they’ve made of our railways.

The Scottish Conservative shadow transport minister, Graham Simpson MSP, said: “We had repeatedly called for the SNP government to intervene sooner, but this deal is better late than never.”