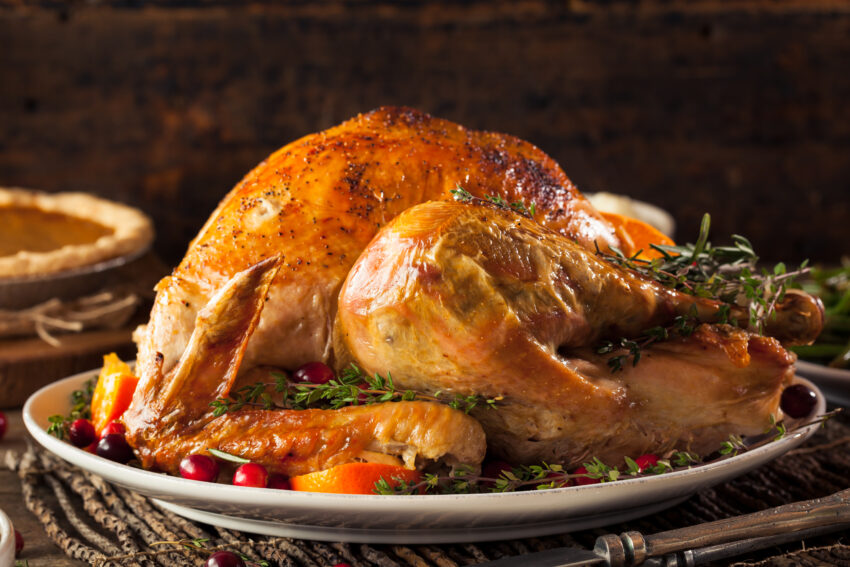 Frozen turkeys were the product most likely to be in short supply in UK supermarkets earlier this month, according to industry data released amid warnings of a possible Christmas supply squeeze.

A shortage of skilled butchers has been widely blamed by the industry in recent months for a growing risk to meat supplies over the festive season.

It has prompted a rush among shoppers to a bag a bird from the frozen section.

Figures from the Office for National Statistics covering shelf availability of products between Friday 5 November and Monday 8th showed 18% of frozen turkeys either weren’t available or stock was low.

Other items that are proving tougher to find include sparkling water amid the squeeze on C02, painkillers such as ibuprofen as winter ailments rise and fresh pork, the industry data suggested.

The latter product is also subject to the lack of butchers – a consequence of many workers from Europe returning home during the COVID crisis and Brexit immigration rules though the government has since relaxed the curbs.

However the climbdown, which was demanded by the industry, came too late to prevent the slaughter of 6,000 pigs due to the butcher shortage.

The ONS said that beer, fresh vegetables and toilet rolls – targeted for stockpiling by shoppers in the run-up to the first national lockdown in March last year – were among the products widely available.

Availability is being driven by the ability of producers to steer clear of the wider global supply chain disruption and record labour shortage that is being seen across the economy from factories to warehousing operations and especially haulage.

The British Meat Processors Association warned last month that turkeys would likely likely have to be shipped in from the EU ahead of the festive period.

It also saw a threat to the availability of foods like pigs in blankets.

Sky News was seeking updated information from industry groups on how supplies were now looking for the Christmas season.

Susannah Streeter, senior investment and markets analyst at Hargreaves Lansdown, said of the figures: “‘It seems Christmas just wouldn’t be Christmas without turkey on the table, as the birds are flying out of the deep freeze, faster than supermarkets can stock up again.

“The latest snapshot of our shopping habits from the ONS shows that the meat was the item most often recorded as being in short supply in supermarkets up and down the UK over the last week.

“As concerns mounted that meat processing plants were facing a shortage of workers, consumers have taken warnings to heart about the potential for a big gap on the festive menu, and many have been stocking up many weeks before the big day.”